Scroll down to check out of all the learning we have been doing in 6L!

This half term in Maths, we will be exploring area, perimeter and the volume of shapes, before moving onto ratio. We will then study statistics before completing a variety of investigations. In Reading, we have begun the half term by looking at Wolf Wilder, a fiction text based on the western snowy reaches of Russia. We will then move on to look at a variety of non-fiction texts. In writing, we will produce a poem, a non-chronological report and then a fiction piece based on Northern Lights (or the Golden Compass).

In Learning Journey, our History focus is a local study on our local area: Swadlincote. We will investigate the town's history of industry and mining, before looking at how the National Forest has helped to regenerate the town. In Science, our topic is Animals, Including Humans, where we will be learning about the human body and its key organs.

Our current class story is The Silver Sword, by Ian Serraillier.

In the chaos of World War II, Ruth, Edek and Bronia are separated from their parents, and left alone to fend for themselves, hiding from the Nazis in the ruins of their city. But when they meet orphan Jan, who treasures a paperknife in the shape of a silver sword that he was given by an escaped prisoner of war, it becomes a powerful symbol of hope. The children realise that the escapee was their father, and the silver sword a message that he is alive and searching for them. Together with Jan they begin a dangerous journey across Europe to the safety of Switzerland where they hope to reunite with their parents.

Welcome to Summer One!

Welcome back! We hope you had a relaxing, safe and fun Easter break. We are entering a new term and we hope to make it a memorable one for the children, who have all returned in good spirits. This half term in Writing, we shall be completing a poem based on a mischievous animal, a wishing tale based on space and the galaxies and a discussion text. In Reading, we shall we studying a variety of fiction and non-fiction texts, as well as a poem. 6L will be looking at algebra, converting units of measurement, decimals and properties of shape in Maths. Learning Journey will see us look at the German artist Hannah Hoch and explore the British Values. In RE, we will be looking at Islam and Akhirah (life after death). Finally, Earth and Space will be our Science topic, which should prove to be a fascinating topic!

Our current class story is The Infinite Lives of Maisie Day by Christopher Edge.

It's Maisie's birthday and she can't wait to open her presents. She's hoping for the things she needs to build her own nuclear reactor. But she wakes to an empty house and outside the front door is nothing but a terrifying, all-consuming blackness. Trapped in an ever-shifting reality, Maisie knows that she will have to use the laws of the universe and the love of her family to survive. And even that might not be enough...

In our Space unit of work, we have been looking at the planets and their size in relation to each other, the sun and the moon. We used playdoh to model each planet; the children were shocked at just how small earth is!

In Reading, we have been exploring a range of fiction texts. The children particularly enjoyed Wild Boy and The Golden Compass! We paid particular attention to impressions the author creates of different characters, through use of description and imagery. We will be studying a selection of non-fiction texts next.

In Maths, we have been focusing on arithmetic. We have looked at adding and subtracting decimals, as well multiplying and dividing by 10, 100 and 1000. We have also looked at algebra and we are beginning our unit on measurement.

This half term (Spring 1), we shall we be studying Ancient Egypt and reflecting on just how important the River Nile was to the Egyptians.

In Science, we shall we studying Light - exploring just how we see, how light travels, thinking about why shadows are a particular shape and thinking about reflection.

During Writing sessions, we shall be writing a poem based on the Ancient Egyptian civilisation. We will get stuck into our losing and finding tale, as well as writing a newspaper report on one of the most influential archaeological findings of all time!

We will be exploring arithmetic concepts in Maths, as well as looking at decimals, percentages and measurement.

Our current class story is Secrets of a Sun King by Emma Carroll.
It’s November 1992. In a valley in Egypt the tomb of a long dead pharaoh is about to be discovered. The world watches and waits for news with bated breath. Thirteen year old Lilian Kaye, who lives in a flat above a shop in London, is eagerly following the story. One morning the news takes a sinister turn: a man- a famous Egyptologist- disappears. All that remains of him are his feet. The Lil’s grandfather is taken suddenly ill, and when a mysterious package turns up for him from the Egyptologist, Lil starts to believe there is truth to the rumours of a pharaoh’s curse.

In Autumn Two, we shall be exploring 'We Are Geographers' as our topic. We were supposed to go to the beautiful Dovedale in Derbyshire, but we had to be flexible and adapt our plans! Instead, we carried out an investigation into our local area, discussing the natural and physical features of Newhall. Later this half term, we shall be writing a fictional recount about a natural disaster!

In Writing, we shall be writing a poem, a formal letter and a defeating a monster tale.

Our new writing genre has begun. The children are going to be writing a defeating the monster tale. Watch this space... 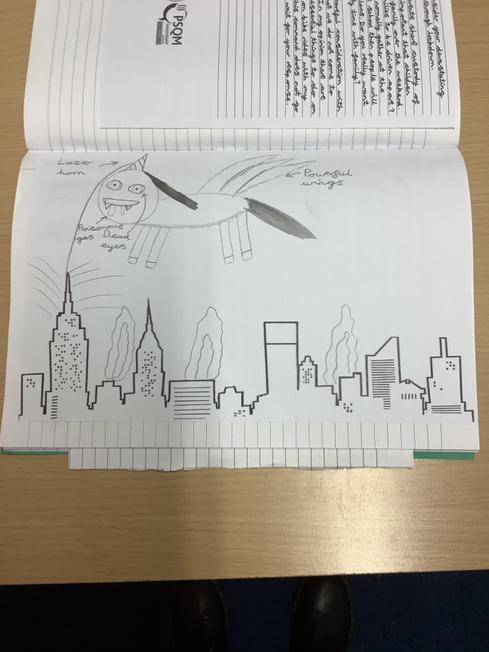 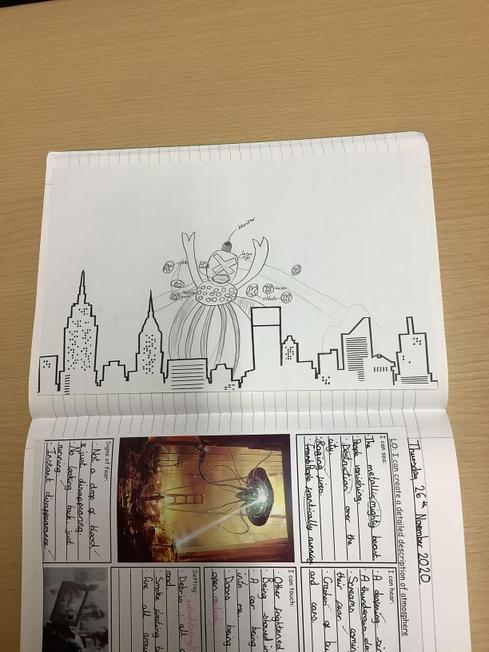 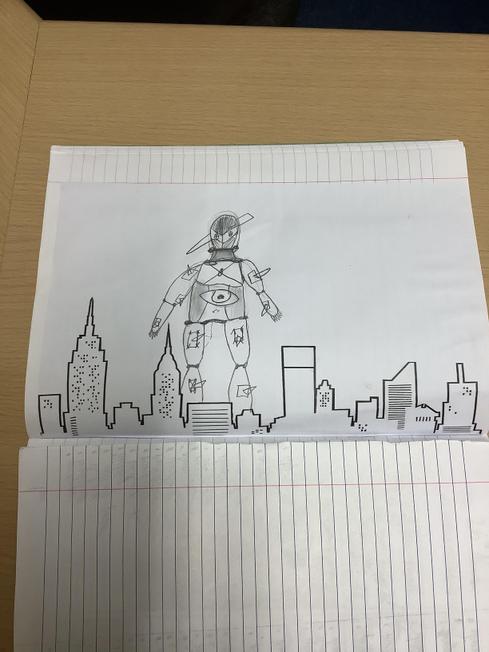 The build up to our letters in response to the mantle that the children took part in. They were led to believe that the Government had sent a letter to school... 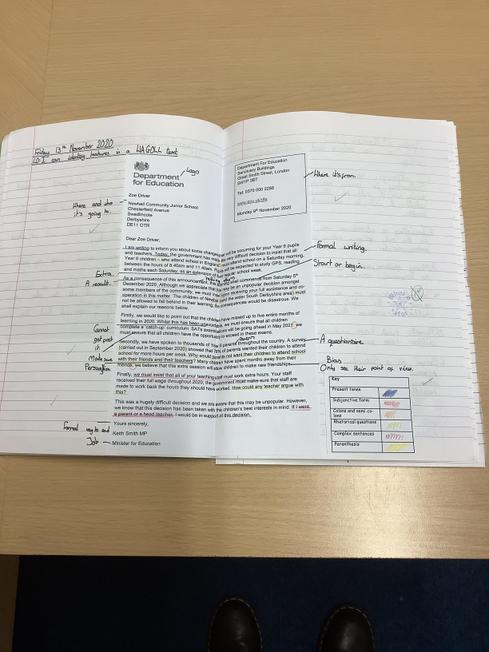 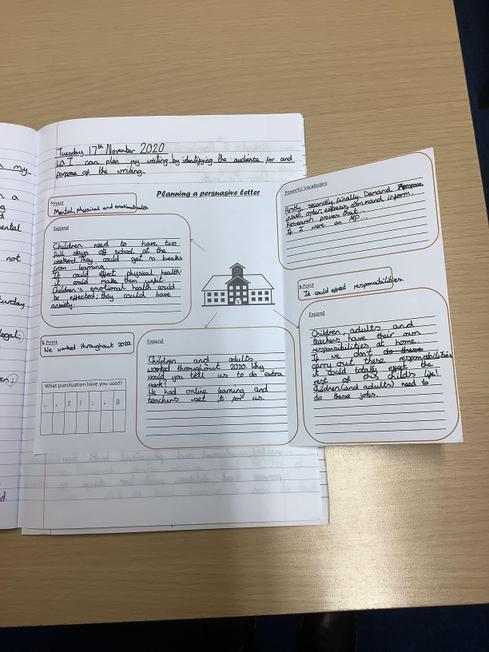 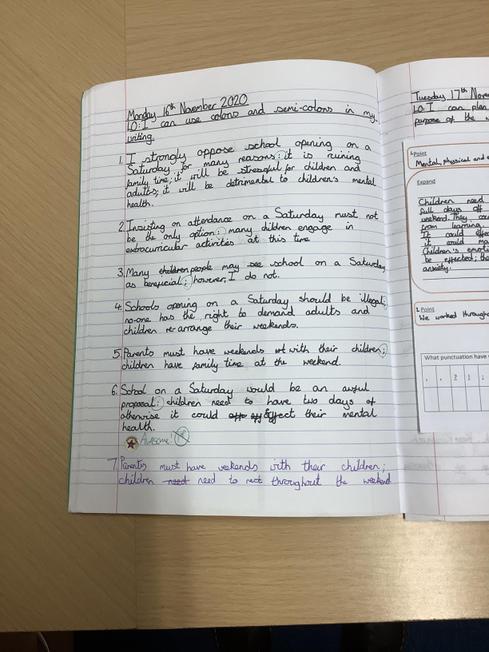 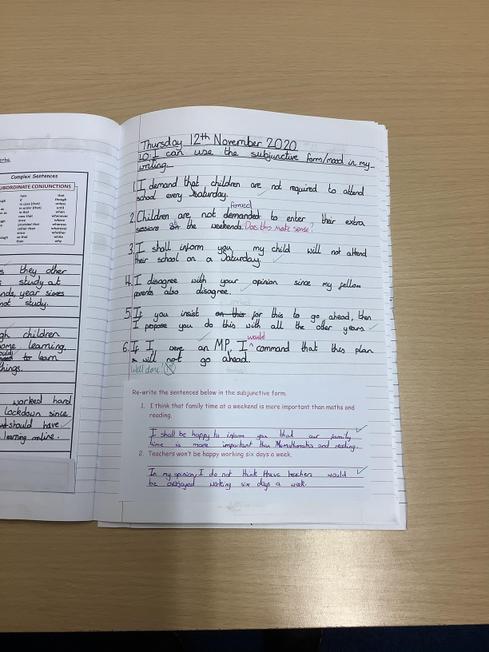 Our new learning journey topic ‘We are Geographers’ 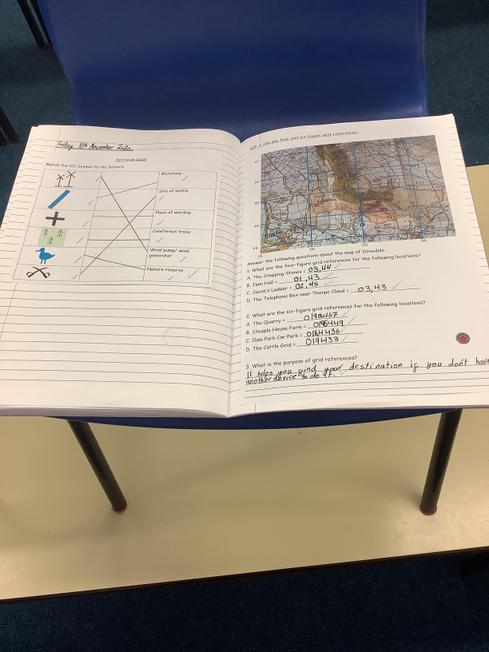 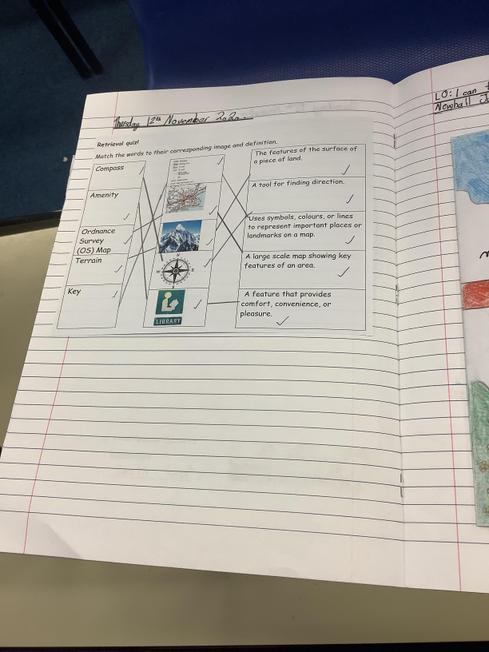 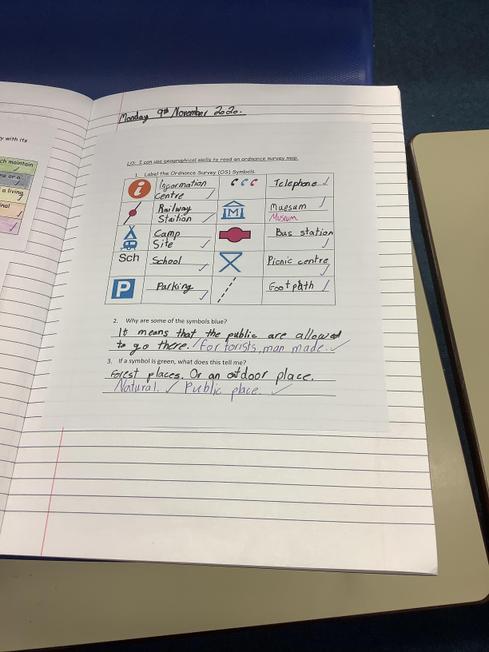 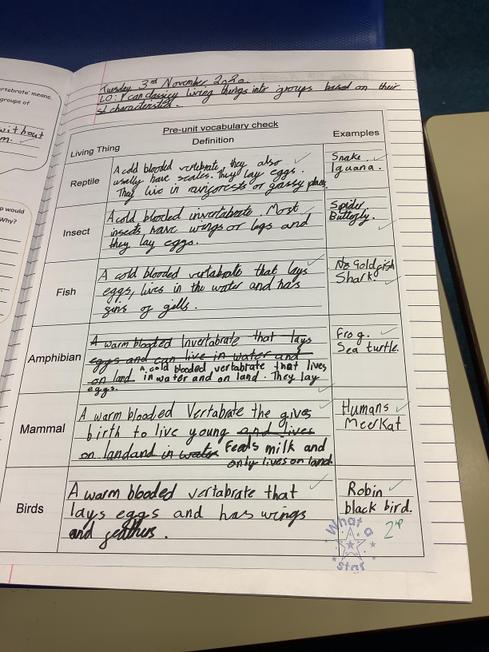 The children have been looking at play scripts and a poem so far this half term. They have been given the play scripts taken from Matilda, which they thoroughly enjoyed. Take a look at some of the clips we shared with the children to support with the understanding of the text types.

Scroll down to explore all of the exciting learning we have been doing in Autumn Term 1!

During this half term, our area of learning in Learning Journey is World War Two. The children loved their Sensational Starter, where we had Leigh in to explore the war in more depth. Many of the children particularly enjoyed the air raid siren (what a racket!) and the first aid activities, which included using stretchers and applying bandages. We have also created a timeline of the key events during the war, as well as identifying who the Allied and Axis powers were.

We have been incorporating WW2 into our Reading and Writing lessons. The children loved their Normandy Countdown poem, where they wrote from the perspective of a soldier on a boat on D Day. We then wrote a recount about the ambush of Pearl Harbour. We have looked at several WW2 reading texts, including Goodnight Mister Tom and The Silver Sword.

We have also discussed the Blitz and the impact it had on the lives of ordinary Britons. The children depicted an evening scene and created silhouettes of a city skyline.

As part of our World War Two topic, we have been learning about anderson shelters. The children were tasked with planning and then creating their own scale version. They had lots of fun finding natural resources, which the groups had planned to use to represent the camouflage, vegetable plots and fences, out in forest school. The children were then tasked with adding a scientific element to their shelters. Many chose to use lightbulbs to depict the use of lightbulbs in the shelters, whilst others used buzzers to represent the sound of an air raid siren. The children then discussed how they could create a switch and a pressure pad to open or close the electrical circuit.

During our World War Two topic, we have been looking at the Land Girls, who answered the call of the nation during the war. With many men away at the front, farms often found themselves short of people to work and help produce the supplies that would help to keep the nation going during wartime. The Land Girls heroically volunteered to help with the effort and we in Year 6 have decided that they should be underappreciate no longer! The children enjoyed learning about their efforts and we had fun inventing rhyming couplets.

In Science, we have been studying electricity. We took on the mantle of an electrician, as the children fixed broken circuits and added components to their circuits. We have been exploring what voltage is and the effect voltage has on a circuit.

During Maths so far this half term, we have looked at place value, decimal numbers, the four operations (addition, subtraction, multiplication and division) and began to look at reasoning questions linked to this learning.

We have used plenty of practical, pictorial resources to help with our understanding. The children have made super progress since the beginning of Year 6. Next, we shall be exploring fractions, decimals in further detail and begin to look at position and direction.

In RE this half term, we have been studying Islam and discussing whether there is a best way for a Muslim to show commitment to God. We started off by discussing what commitment is and thinking about when we hve shown commitment in our lives. We then applied this to the Five Pillars of Islam. The children were very reflective and came up with some fantastic ideas!