Come and have a look at all the exciting things we have been doing in class!

This half term (Spring 1) in Maths we shall be continuing to explore arithmetic concepts as well as exploring algebra, measurement and statistics. In Writing we shall be producing a poem, a newspaper report and a losing and finding tale. In Reading we shall be exploring a variety of poems, fiction and non-fiction texts. In learning Journey we shall be looking at Ancient History in our 'What is the Gift of the Nile?' topic and Light in Science.

Our current class story is Secrets of a Sun King by Emma Carroll.
It's November, 1922. In a valley in Egypt the tomb of a long dead pharaoh is about to be discovered. The world watches and waits for news with bated breath. Thirteen-year-old Lilian Kaye, who lives in a flat above a shop in London, is eagerly following the story. One morning the news takes a sinister turn: a man- a famous Egyptologist- disappears. All that remains of him are his feet. Then Lil's grandfather is taken suddenly ill, and when a mysterious package turns up for him from the Egyptologist, Lil starts to believe there is truth to the rumours of a pharaoh's curse.
Curriculum

Our current class story is Skellig by David Almond.

When a move to a new house coincides with his baby sister's illness, Michael's world seems suddenly lonely and uncertain. Then, one Sunday afternoon, he stumbles into the old, ramshackle garage of his new home, and finds something magical. A strange creature - part owl, part angel, a being who needs Michael's help if he is to survive. With his new friend Mina, Michael nourishes Skellig back to health, while his baby sister languishes in the hospital. But Skellig is far more than he at first appears, and as he helps Michael breathe life into his tiny sister, Michael's world changes for ever...

In Science, we have been investigating micro-organisms. A micro-organism is a tiny living thing that can only be seen using a microscope. We conducted an investigation and discovered that yeast is a micro-organism. The yeast and the sugar created a reaction that released carbon dioxide and this blew up the balloon.

In English, we are starting our defeating a monster tale. We are basing our narrative writing on War of the Worlds. Take a look at some of the monsters we will be defeating.

In Geography, we have created a journey book based on our local area. We looked at the physical and human features, completed a sketch map and created a leaf catalogue.

In Reading, we have been exploring a play script. We then applied our comprehension skills. We performed the two scene from the play. We also used musical instruments to aid our performances.

In Reading, we have been inferring a text. We used the description to draw the images created in our heads. Take a look at our interpretations of the inside and outside of the garage and the mysterious creature.

In Science, we have been classifying living things based on the similarities and differences that they present. We then looked at whether they were vertebrates or invertebrates.

Our current class story is Letters from the Lighthouse by Emma Carroll.
February, 1941. After months of bombing raids in London, twelve-year-old Olive Bradshaw and her little brother Cliff are evacuated to the Devon coast. The only person with two spare beds is Mr Ephraim, the local lighthouse keeper. But he's not used to company and he certainly doesn't want any evacuees. Desperate to be helpful, Olive becomes his post-girl, carrying secret messages (as she likes to think of the letters) to the villagers. But Olive has a secret of her own. Her older sister Sukie went missing in an air raid, and she's desperate to discover what happened to her. And then she finds a strange coded note which seems to link Sukie to Devon, and to something dark and impossibly dangerous.
Curriculum
As part of Black History Month, we explored the lives of black people, throughout history, to look at the impact they had in gaining equal rights for all races. We looked at the lives of Rosa Parks, Barack Obama, Katherine Johnson, Walter Tull and Marcus Rashford. We then used this information to write a poem about the lives of Walter Tull and Marcus Rashford.
The links below provide more information on Marcus Rashford and Walter Tull.
In Design and Technology, we completed our Anderson shelters with a working circuit. We then evaluated our designs against our initial plans. We had great fun developing our skills with the use of hot glue guns, saws and a range of other materials. Take a look at our final completions. 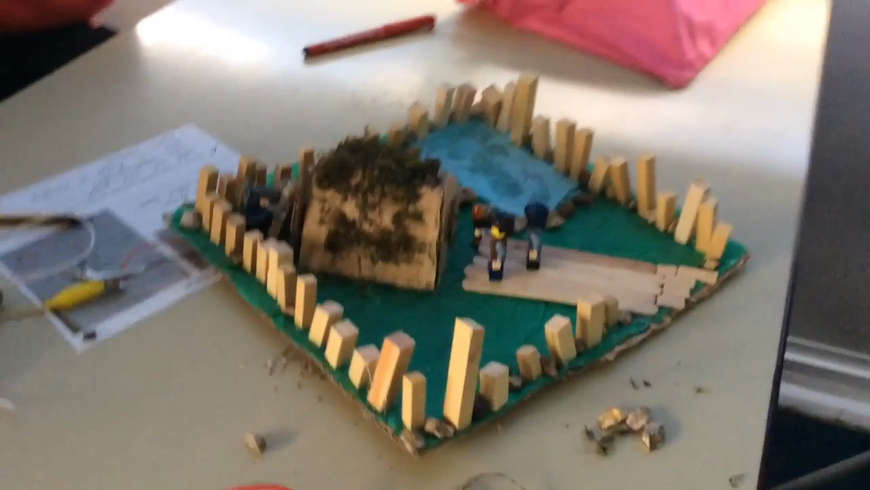 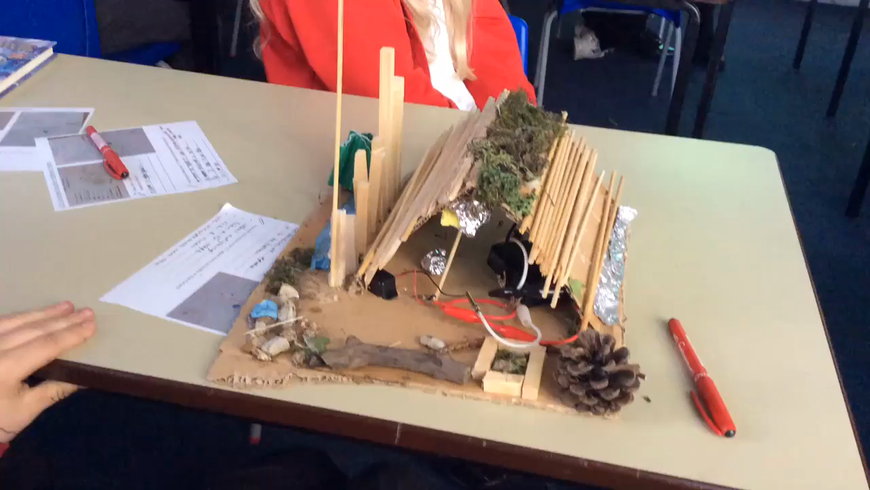 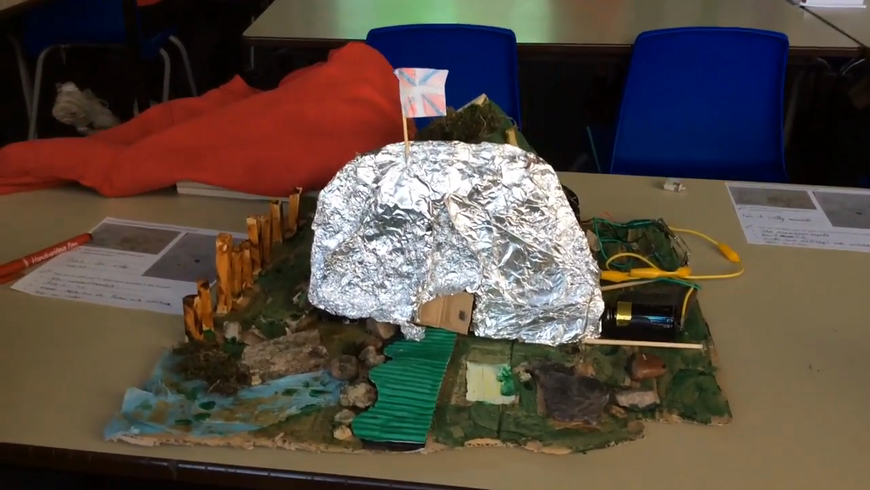 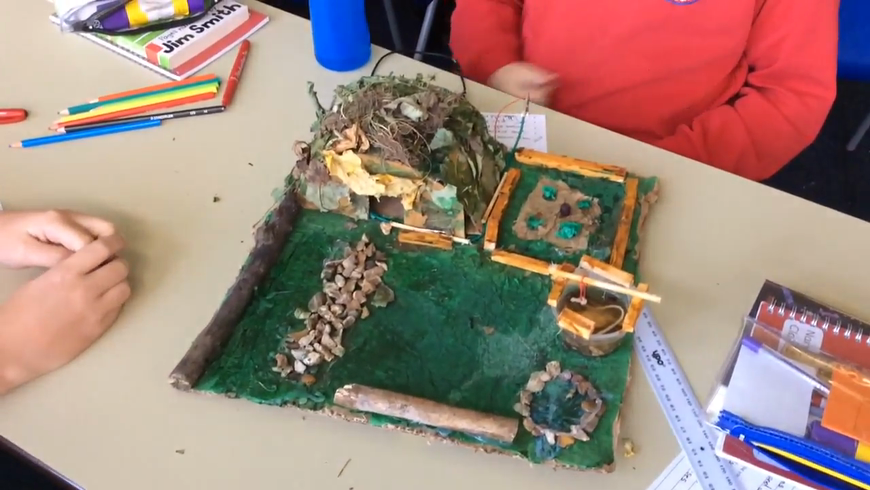 In Design and Technology, the children have been creating their own Anderson shelters. They were tasked with planning, creating and evaluating a 3D design that could be used during World War Two. They then added a scientific element, to link to our current Electricity topic, which was either a pressure pad light or an air raid siren buzzer.

In History, we have been looking at rationing in Britain. Rationing was introduced to help the war effort by protecting the food supplies in Britain. Germany planned to starve Britain during the war by attacking their food supplies being imported by ships and planes. We looked at what an adult's weekly ration would look like. We converted the imperial measurement into metric to help us.

We have been continuing to look at different aspects of WW2. We have looked at the meaning behind propaganda posters used in World War Two, both in Britain and Germany. We then created our own propaganda posters that could be used by Britain in WW2.

Year Six had a fantastic day experiencing the life of an evacuee. We came dressed for the occasion and were evacuated on to the train once we had packed our suitcases.

In History, we have been exploring the Blitz during World War Two. We learnt all about the attacks on London during an air raid and then completed a piece of art work to represent this. We used silhouettes to show the buildings and used a variety of colours to suggest that the sky was alight with fire and devastation.

In English, we have been exploring tier three vocabulary linked to World War Two that can be used in our writing. We tried to match the words with the definitions and pictures.

We are currently learning about Islam in Religious Studies. We have been looking at two of the five pillars. We are looking at how muslims show commitment to Allah (God).

In Science, we took on the role of an electrician. We were tasked with predicting whether certain circuits would work and then created the circuits, using equipment, to check our predictions.